I have a problem.

I’m always on the lookout for new sites to walk around, photograph, and of course, share with you.

It’s not the worst problem to have, I suppose…

Yesterday, I didn’t feel like going too far so my fiance, Brad, found a local property for us to explore.  Just 40 minutes from our house, Hollis Garden offered remarkable lake views and a beautifully manicured landscape.

As we stepped near the garden area, we were warmly welcomed by classical music in the background.

Initially, I thought there were live musicians tucked into a corner somewhere. But then I noticed the speakers set up in the rafters. The music was a great addition to the already serene atmosphere.

The entrance area immediately pulled us into the calm, into the natural beauty. 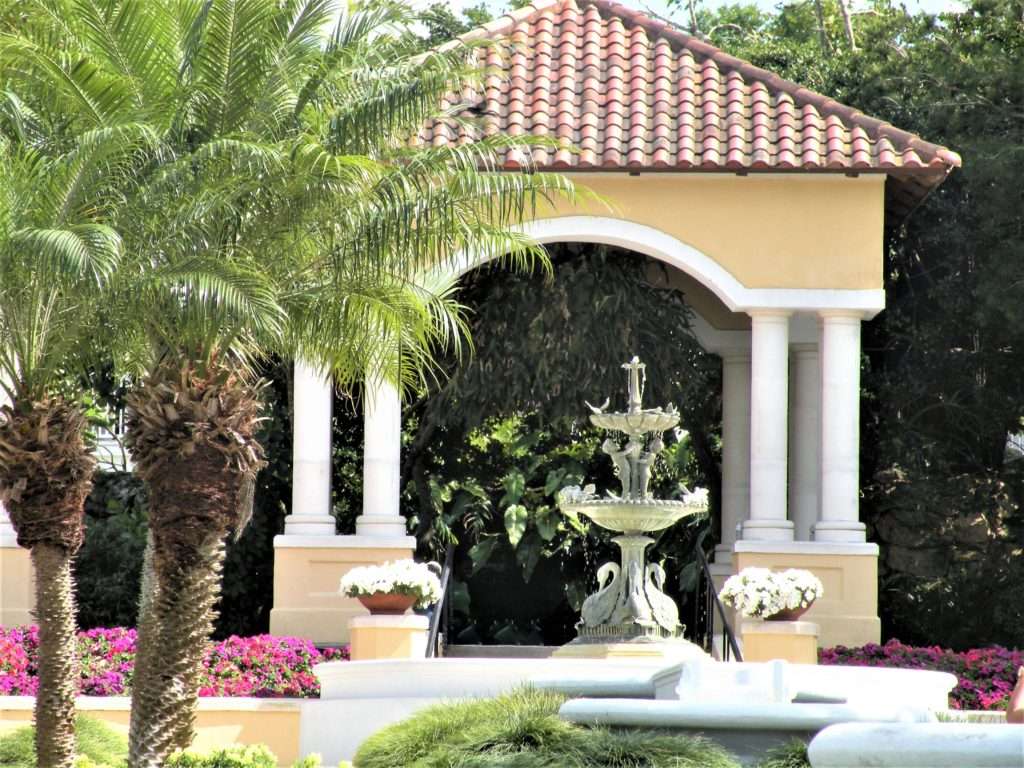 I was very intrigued by the fountain at the heart of the grounds.  I took a closer look and captured the details of the swans on the bottom tier and the cherubs mid way up. 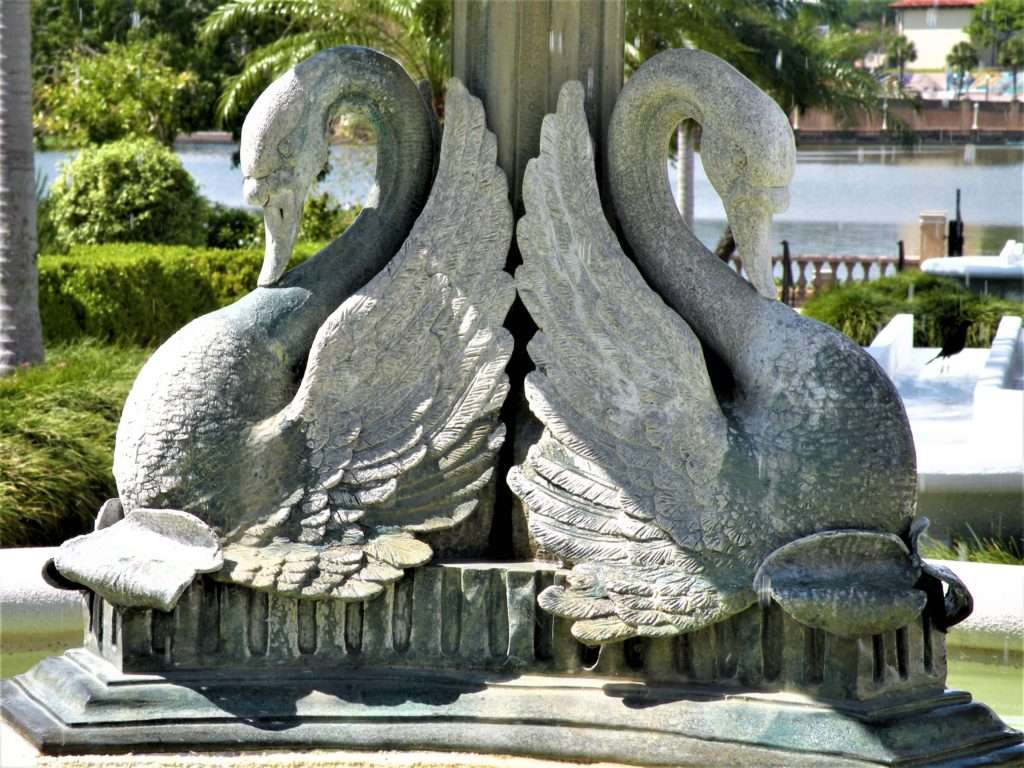 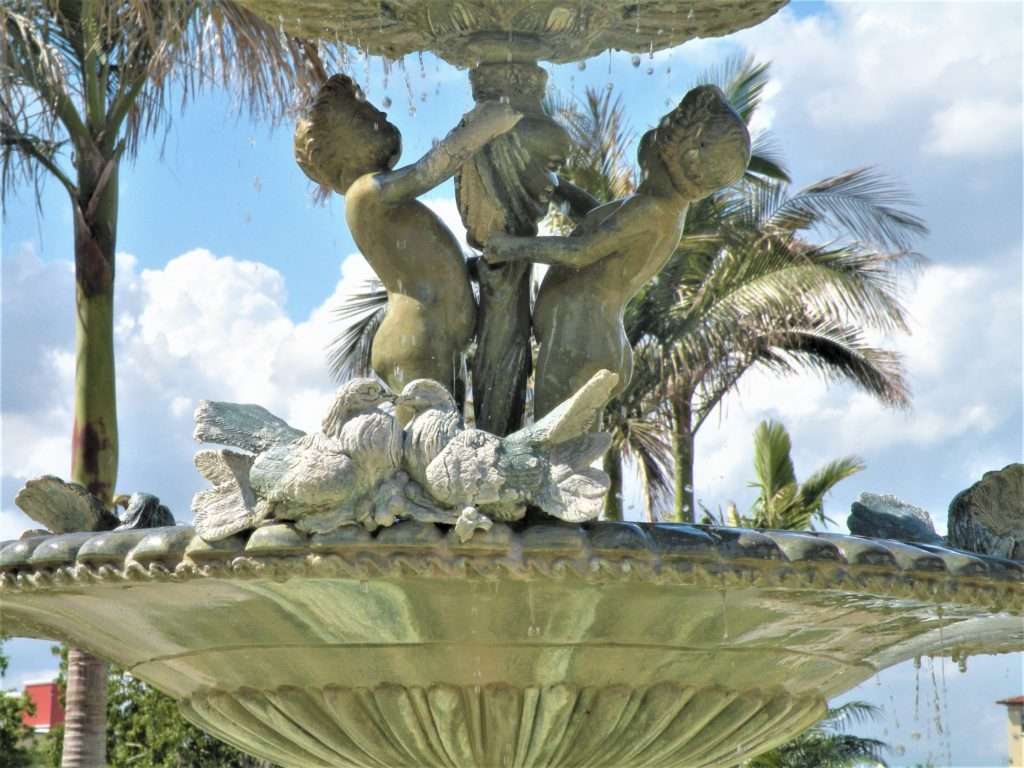 As we walked around, we noted that the bird theme continued.  With the lake being nearby, the area was full of all kinds of water foul.  The garden captured the beauty of the swan by carving a pair of them into their wall. 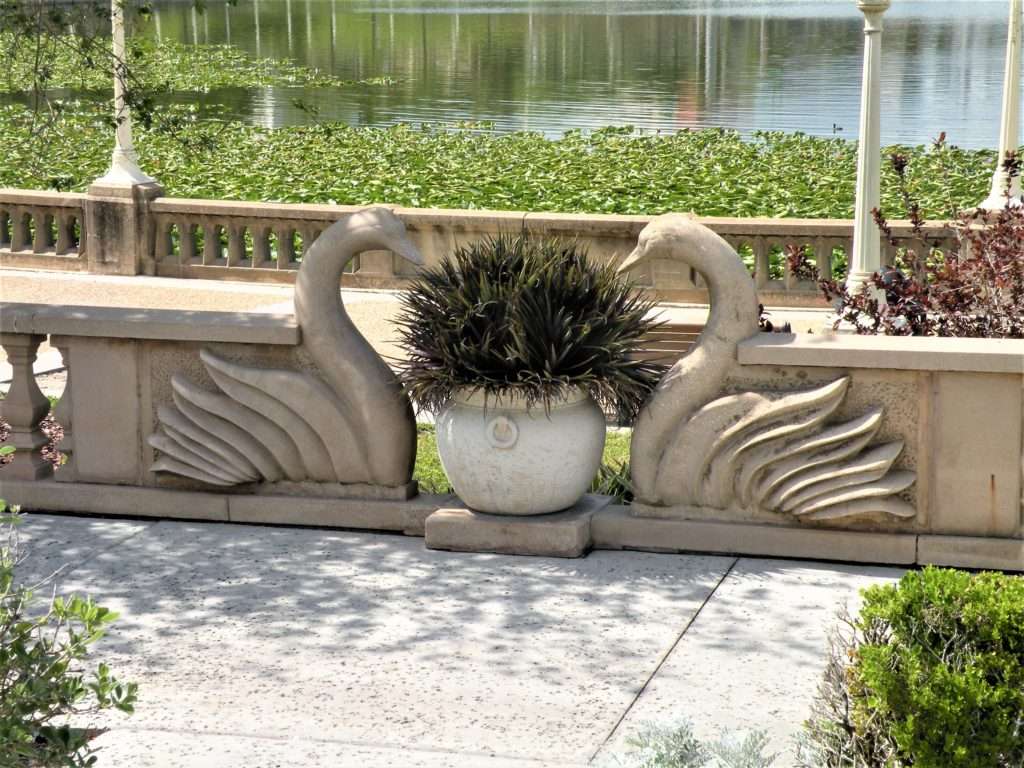 I was delighted to see this jumbo, yet elegant bird bath.  There was water flowing from the higher basin, down the runway and into the lower basin.  If you look closely, you can see it had a customer!

We next came across a butterfly garden.  The flowers were absolutely gorgeous!  The vibrant colors were attractive to both butterflies and nature enthusiasts alike. 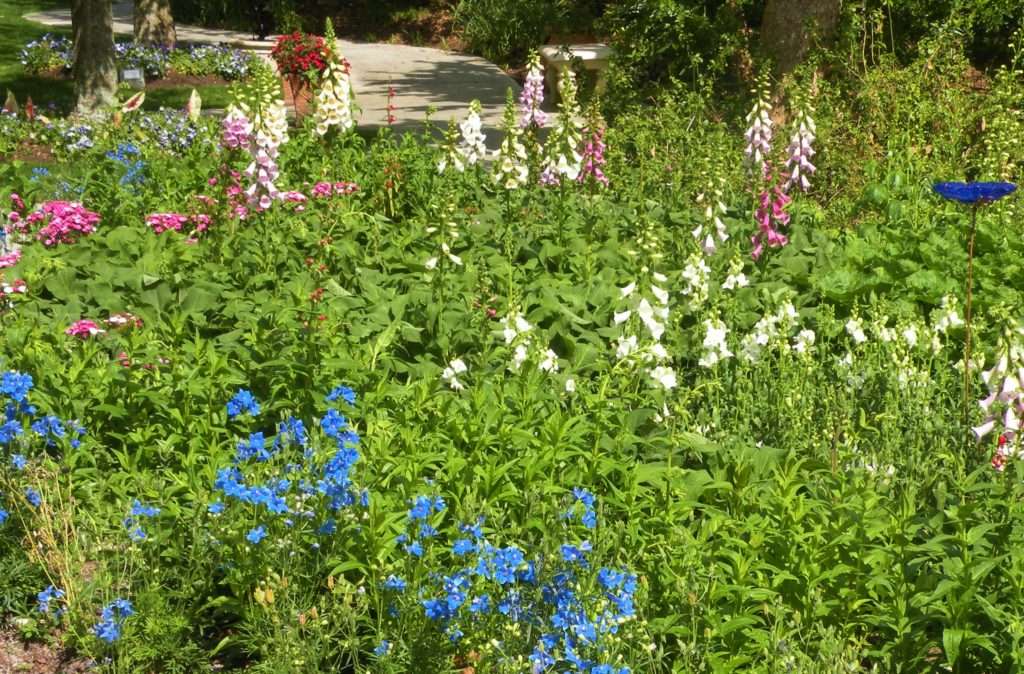 My favorite flower of the day was this bell-shaped bloom.  It was so delicate– and so inviting to our pollinators. 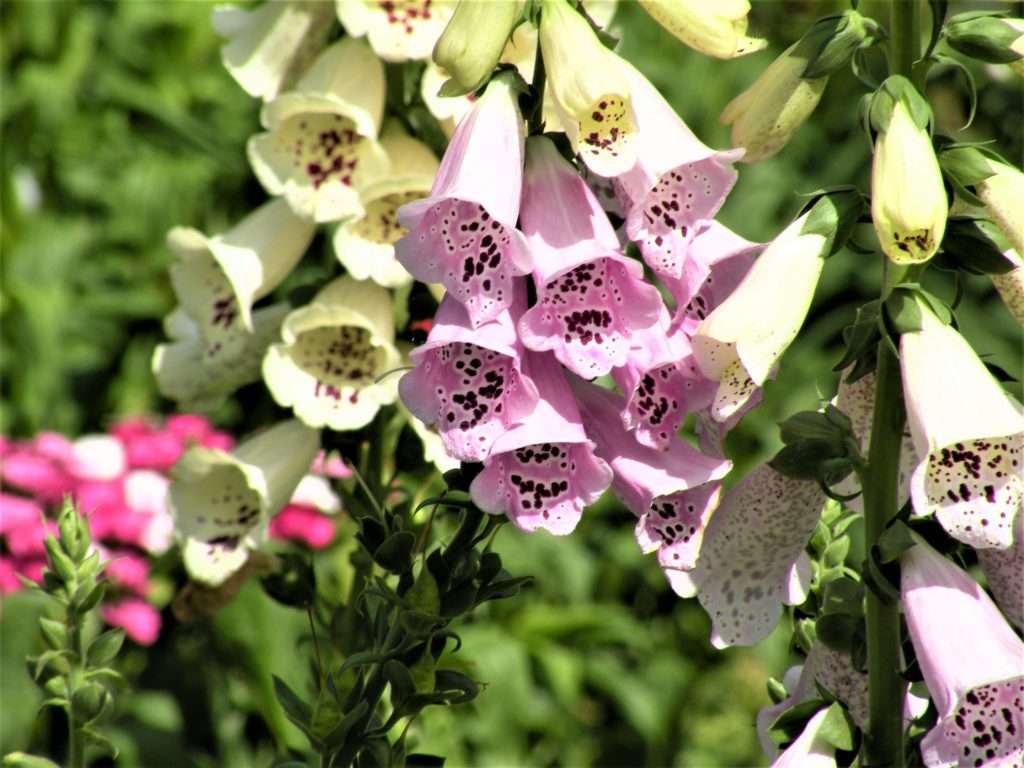 Hollis Garden also featured several pieces of art.  This one really caught my eye.  I was instantly drawn to it and felt that it really captured the essence of Florida living. 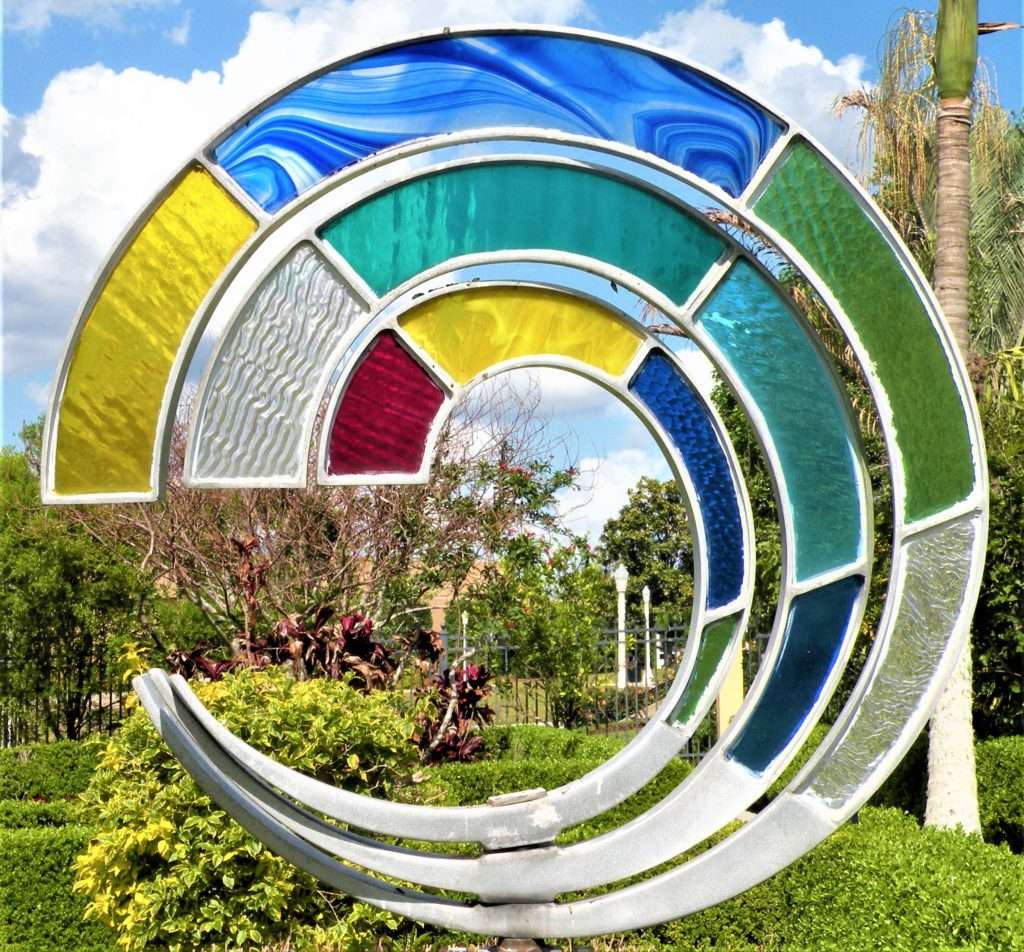 Before exiting the garden, I stood in the center and just looked around.

With Mirror Lake sitting across the way, I could think of no way to make the scene more picturesque. 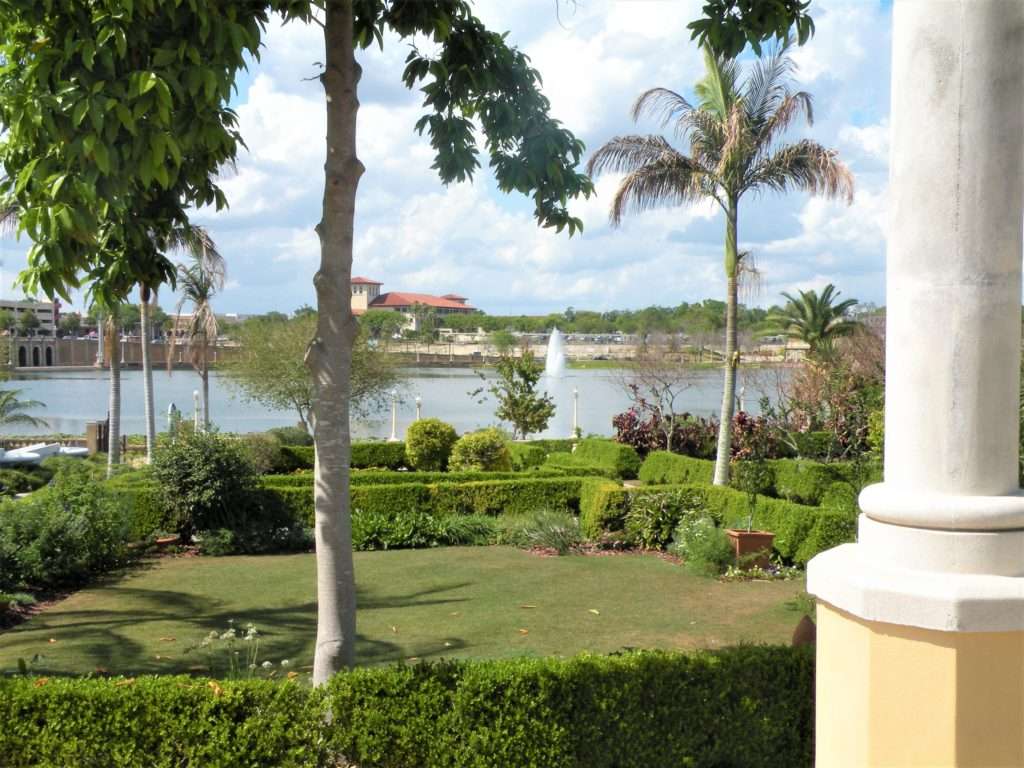 I really enjoyed the fact that even though there were many other visitors, the setting was still quiet and intimate.

Since it was Easter, several families were using the lovely garden as a backdrop for their holiday photos.  There were many adorable children running around in their Sunday best, chasing after plastic eggs.

Even leaving the garden was memorable, with flower beds and planters featuring the beautiful petunia ushering us up the stairs. 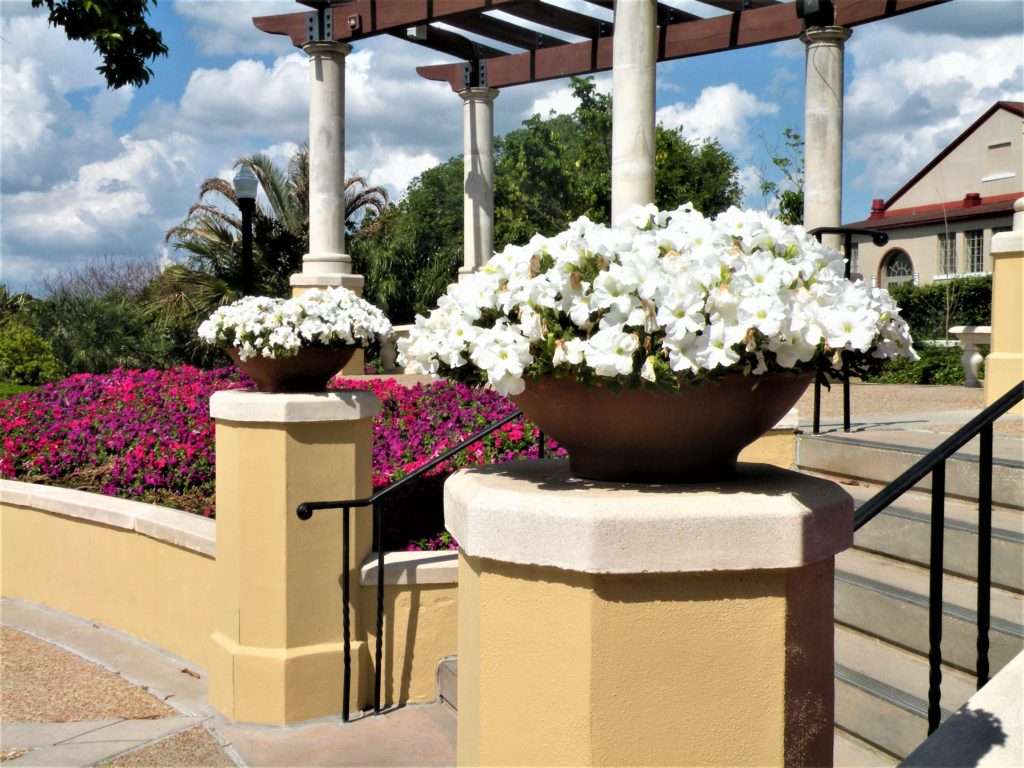 At first, I had been concerned when Brad told me that the garden space was only 1.2 acres.  Normally, I like to check out places 50 times that size!

But all was not lost.

Hollis Garden is also part of larger park that abuts Mirror Lake.  So, once we saw all of the garden area (15-20 minutes into the outing), we were able to walk along the lakefront and keep exploring.

My favorite part of walking around the lake was seeing the birds– swans, ducks, seagulls.

Since the lake is a high traffic area, the birds were accustomed to people being nearby.  They allowed me to get somewhat close for some really great shots.

Since it is springtime, I was able to capture the next generation of ducks– freshly hatched.  The mother had been sitting on her young, but she shifted over and I was able to take this photo.  Maybe she knew that I needed a closer look? 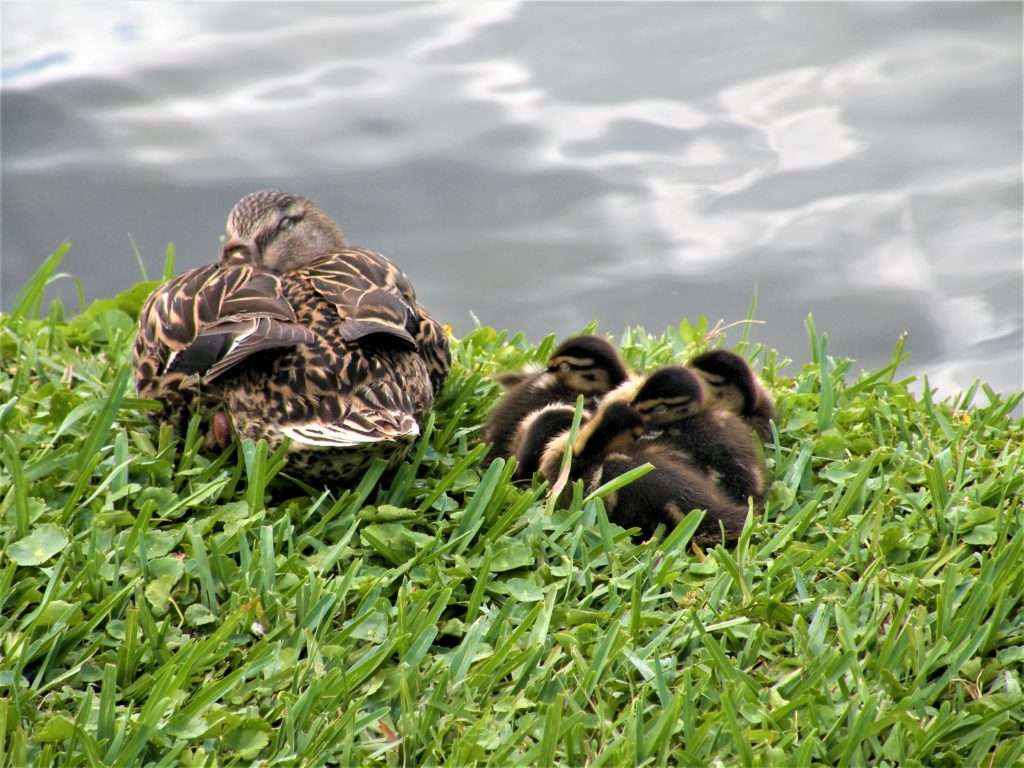 There were many ducks at the lake.  I captured so many photos.  This photo in particular really stood out.

I had never seen ducks this color before.  My first thought was that they were the color of Labradors – as in the dogs – especially the brown ones.  So beautiful. 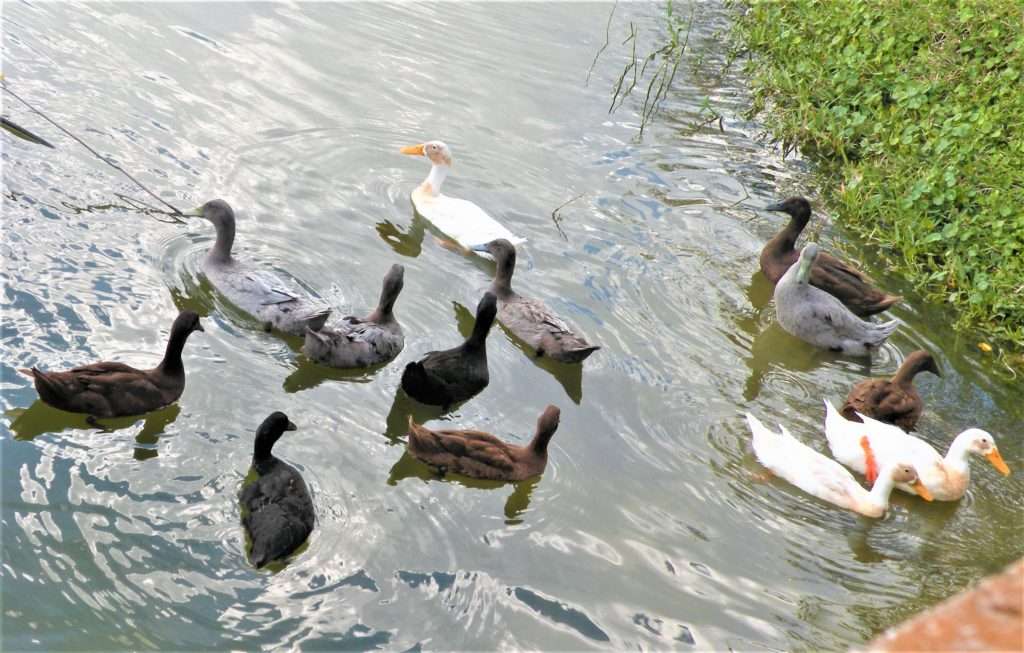 I also was intrigued by this fellow (White Ibis) who was either drying his wings or telling everyone else to back off.  He made this move a few times and I finally timed it right. 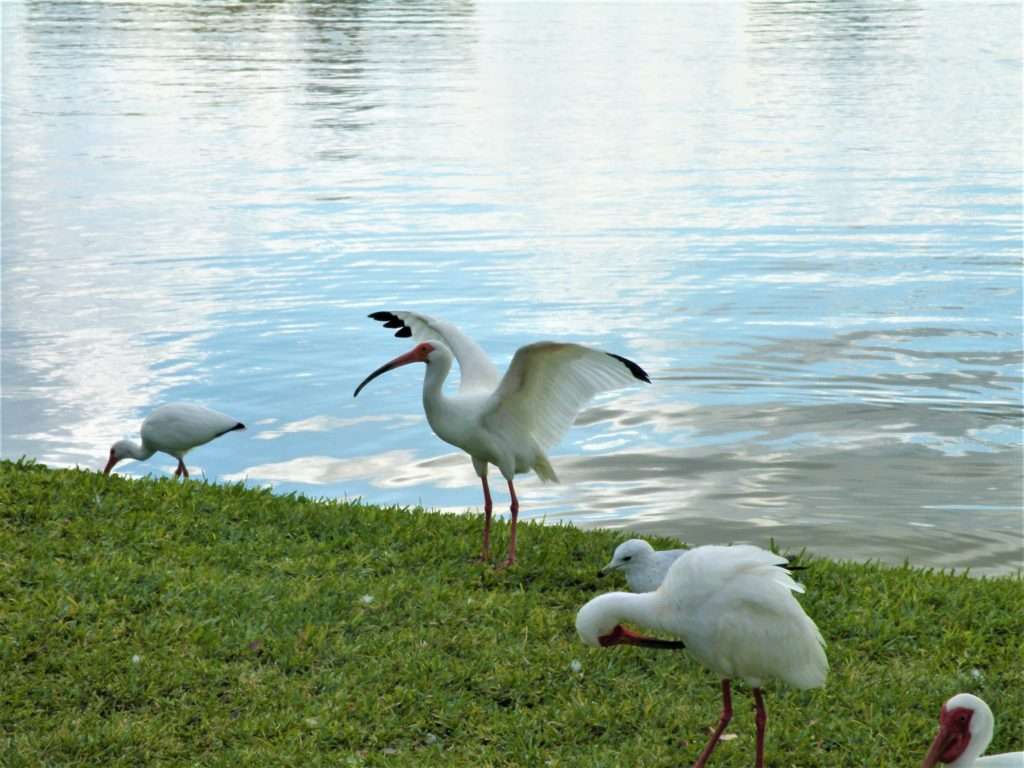 Of course, I needed to capture some live swans since Hollis Garden so prominently featured them in stone.  I saw both a white and black swan.

They were very into preening and in the half hour I was in the vicinity– they did nothing else! 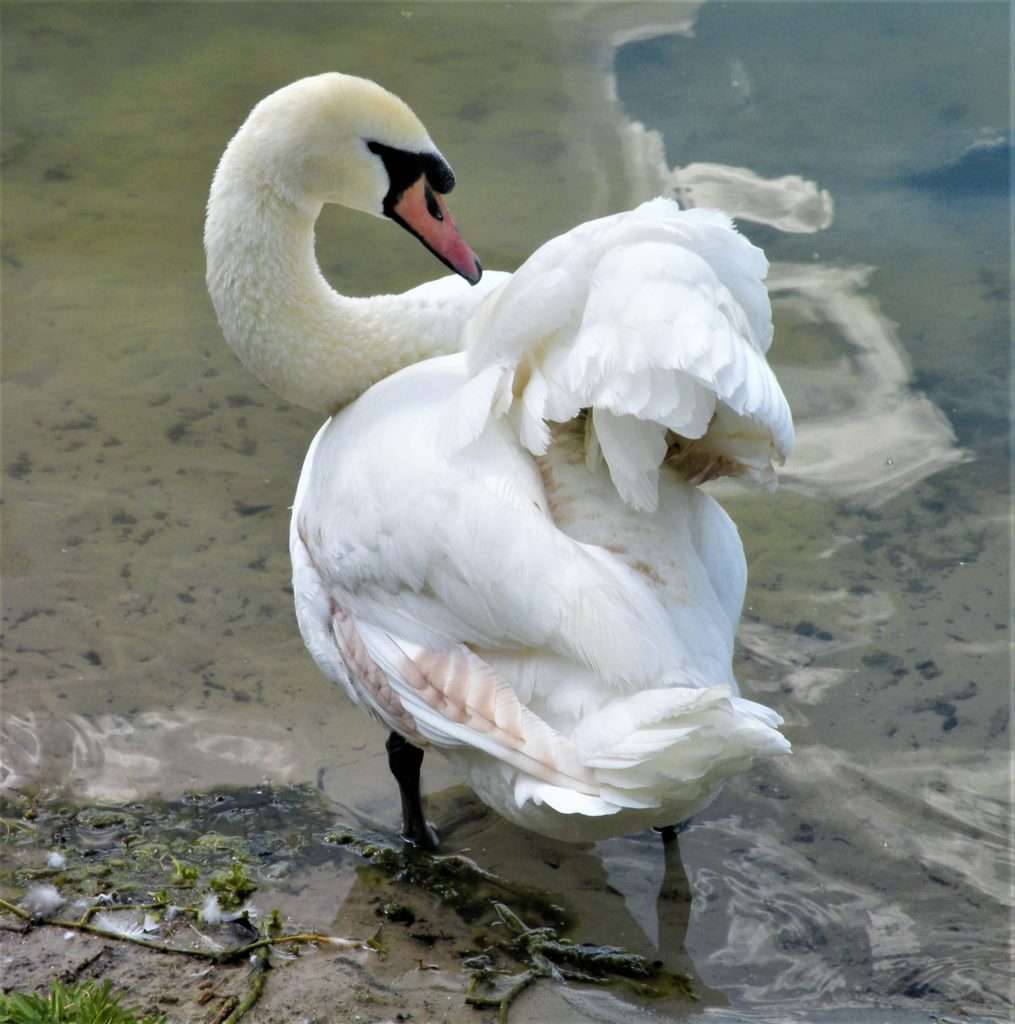 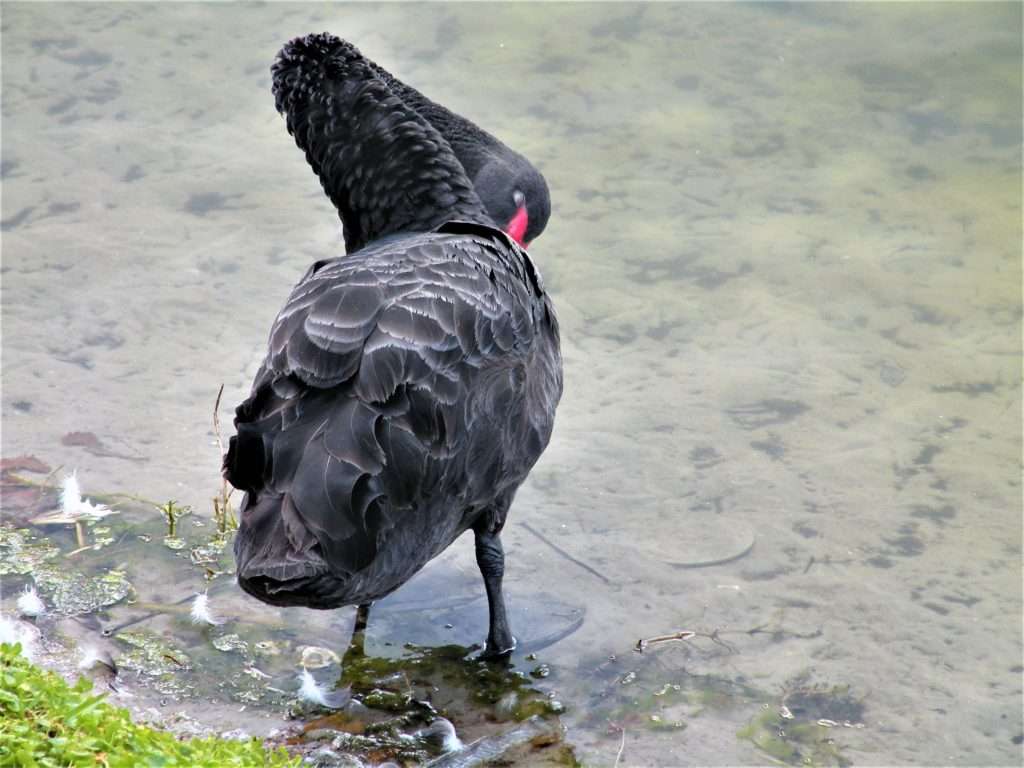 I would highly recommend a visit if you’re in the area.  Since I’m local, I plan to return during different seasons to see how the garden and lake life changes.