But three days was really all I had.

I was fortunate to have my grandfather, Paul, in my life for over thirty years.  When cancer took him, he was 85 so no one could say he was gypped out of a long life.

The cancer took him quickly and he did not suffer much (and, by extension of not having to watch him suffer, the family was spared as well).  Our grief of his loss was tempered by this.

I also am extremely grateful for having the opportunity to see him just two days before he passed.  Even though he was very sick, he still retained the essence of what I will remember him for. 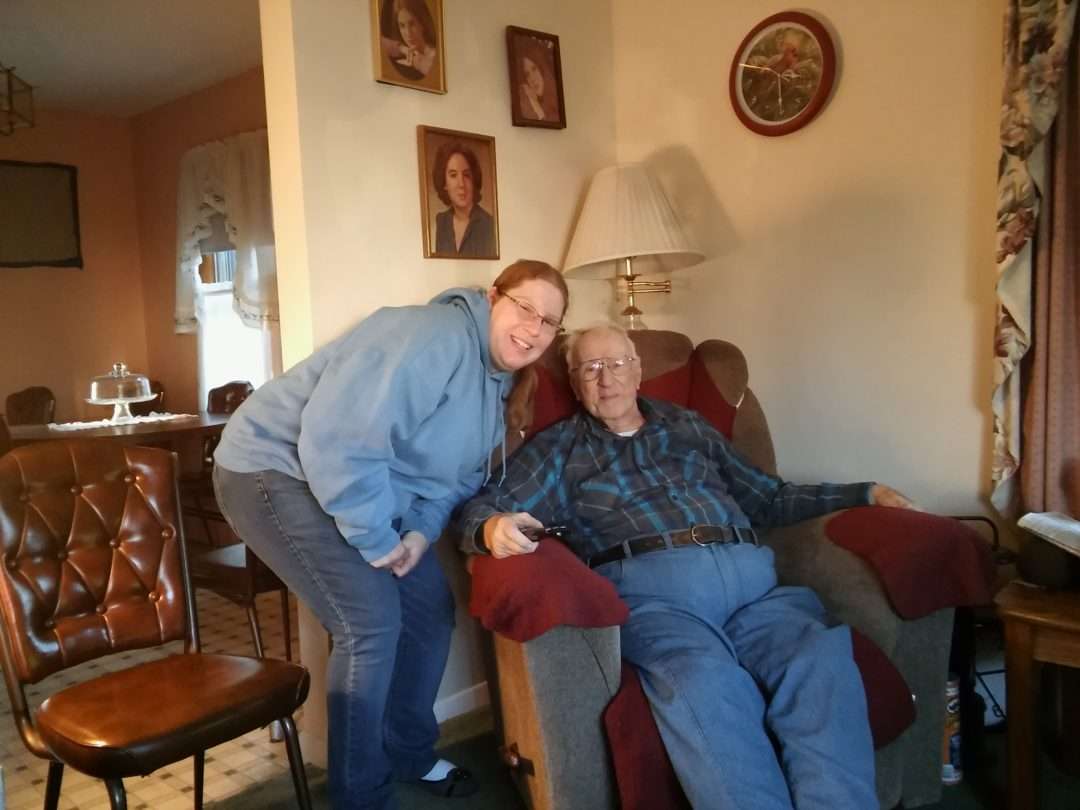 The photo above was taken just days before he passed.  My gut told me to fly home to MA to see him before it was too late.

The only sore spot—one that led to an acceleration of my departure from full time work—was only having three days to grieve, to say goodbye.

Don’t get me wrong—my employer did not have to provide me with paid time off for this.  There is no law requiring it (at least where I am) and I am grateful for the benefit that they provided.

But I had no vacation time remaining to supplement the bereavement time so I was stuck with a whirlwind tour of wake, funeral and family consoling.

I had to fly from FL to MA for the services.  Two hours after I landed, I was in a funeral home for a three hour wake.

My grandfather was a great man – and a pillar of his community—so much of the small town he was from came to pay their respects.  It was a wonderful and deserved tribute – but also tiring and draining to hug and chat with over 100 people—most of whom I only vaguely knew at best.

After the wake, we had a late night dinner at my grandmother’s house.  This was nice.  It was immediate family.  I could be myself.  We laughed, cried and despite the circumstances, had a good evening together.

It was over very quickly.  Before I knew it, it was the next morning.  Back to the funeral home—then whisked to the church.

The service was beautiful and ripe with emotion.  In a blink, we were at the cemetery.  My grandfather, a veteran, received a full military funeral.  It was poignant — especially the moment when my grandmother received the folded American flag.

After the burial, we were packed into a small community hall for a luncheon.  My grandfather was an active member of that hall for his entire life, having helped build it more than 60 years ago.  It was a fitting setting, but an uncomfortable one.

The facility was not designed for the crowd it was holding.  For awhile, I smushed myself up against a wall with some others who had a hard time with crowds.

I felt terrible for feeling this way, but I wanted it to be over.  It did not feel like honoring my grandfather.  It felt like trying to keep my anxiety at bay as I watched the clock.

A Laugh Amidst the Tears…

All of the grandchildren were pall bearers for him.  So my cousins and I sadly and proudly carried him wherever he needed to go that day.

During a particularly sorrowful moment, I looked at my cousins and reminded them of our grandfather’s corny sense of humor.  I wanted to tell a joke.  I wondered if it was too soon.  Then I realized that our grandfather would appreciate the line if he were there to hear it.

I said to them: “Did it occur to you guys that we are all pall bearers for Paul?”

A moment of silence followed.  Then grins.  Then chuckles.  I was so glad to provide that comic relief.

After the reception, I found myself back at my grandmother’s house.  It felt a lot better.  I could breathe again and the setting was much more warm and intimate.  I stayed there for as long as I could.

The next day, I fortunately had another opportunity to spend time with loved ones that I had not anticipated—my flight was delayed.  By happy accident, a usual annoyance, turned into a few more precious moments with folks I only seemed to see on occasions such as this.

It was hard to say goodbye.  It was hard to get on the plane and come home after all of that.  But I did — and I went back to work the following day.

At this stage of my life, I do not plan to move back to MA—even though missing family is painful.  I really love my life in FL and it’s one that I could not duplicate up north.

However, my recent funeral experience also cannot be duplicated ever again.  Those moments are not to be rushed.

Had I been afforded more time, I could have been wrapped in the comfort of my family for as long as I needed, without the ticking pendulum of my work calendar swinging over my head.

If I had more flexible work arrangements or income streams, I could have stayed a week.  I could have booked a one way flight to MA and then flown home when it felt right.

Instead, I spent more time in airports and with throngs of near strangers than I did with the people who mattered most.  It really bothered me.

This Was a Catalyst…

I had been dreaming of and planning for my resignation from full time corporate life even before my grandfather’s death.  It was only a matter of time.

But when my grandfather passed, I took a critical eye to my finances and situation and realized that there would never be a perfect time to make the leap.  I would always want to have a few more bucks in the bank just in case.  Life is expensive—and it is near impossible to pinpoint every single expense that will come up.  The possibilities are infinite.

What is incredibly finite, though, is the amount of time we have on this earth.

I have other aging and ailing loved ones that I would like to spend time with and honor properly when they pass.  I have many hopes, dreams and desires that lay outside of a cubicle.  How long must these important matters be placed on hold?  For some people—their entire lives.  For me—not for much longer.

My grandfather really loved cardinals.  He and my grandmother have cardinal decor both in and outside of their home.

It has been said that a cardinal’s presence indicates that a loved one from beyond is checking in with you, watching over you.

I have many, many birds in my backyard but I was tickled beyond belief when I saw a mated pair of cardinals.  Here is a photo of the male, in remembrance of my grandfather.  I hope he’s resting comfortably and I hope he knows that he has inspired me in so many ways.

It’s because of him that I stopped pondering what it would be like to leave the corporate world and actually carried out my plan to do it. 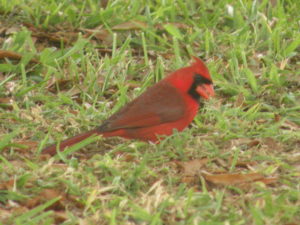 Did this strike a chord with you?  I would love to have you join me on this journey of getting to what really matters.

Tomorrow is Not Promised

I Quit My Job Today