My Race, My Rules

These collective judgments are made on everything from nutrition to relationships to money.

But sometimes, the logical, sensible decisions just don’t work in real life. For some, conventional wisdom is anything but wise.

In this series, Financially Dumb, Personally Brilliant, we’ll meet many bold risk takers who went with their hearts/guts over their minds/wallets. 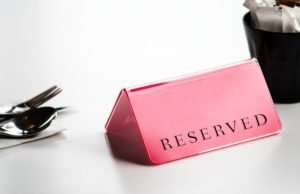 I was 25 and a quarter-life crisis hit me hard. Up until then, I had always done the “right thing”. I got good grades in school, I graduated from an elite university and I had gotten a coveted job in Finance.

My life appeared to be ticking all the boxes. But inside I was miserable.

Not only was I miserable, I had an urgent feeling of life slipping by.

I tried to study for a professional designation that would propel me into a six-figure career, but I would stare at formulas while my heart daydreamed.

I didn’t even know what I was missing, but I felt a gaping void in my life.

After much thought and 12 months of preparations, I made my financially dumb but personally brilliant move. I quit my job to backpack through South America.

At the time, everyone thought it was the dumbest idea. Actually, they thought it was a “future-destroying” idea. They thought either I’d experience horrendous violence abroad or that I’d never restart my career.

I had student debt which I was making minimal payments on. I had a good job making more than my peers in our entry-level jobs. I was leaving a stable job with a predictable future.

My mom cried for 3 days when I told her my plans. My sister accused me of abandoning my family.

As I mentioned, I did prepare for the trip for 12 months.

Because I was earning a healthy salary, I was able to save for one year of student loan payments and an additional $10K for the trip itself.  I had lines of credit set up and a joint account opened with my father in case I needed him to wire me emergency funds while abroad. I paid for all my gear in cash.

The day I flew out to Buenos Aires to start my trip was terrifying and thrilling. I was actually doing it.

I had stepped away from my life to truly live.

I ended up traveling through South America for just under 10 months. I had spent a good chunk of the $10K, but not all. I learned so much from the experience.

One thing I distinctly remember was how every day felt like a week “back home”. Time did have a different quality, not only because I was living a slower life, but because being abroad exposed me to so many new experiences in a day that it was the equivalent of a weeks’ worth in the life I was living before.

After the 10 months, I returned home. I had already postponed my career progression for a year. But my heart still wasn’t in it. I wasn’t ready to lead a “normal” life yet.

So I made another decision to teach ESL in Taiwan for a year. By then, I had just enough money to cover my flights and to schedule another year of student loan payments.

So off I went for another year.

I remember booking my return flight after my ESL contract ended and noticed that I had 3 days left before my work visa expired. Well, I had made it.

After 2 years “on the road”, I came back to North America. And you know what? I was finally ready to live a “normal” life.

I was 28 and had to start my career over with $6000 in the bank (the savings I accumulated while teaching English). The re-entry was hard.

Finding permanent work with a 2-year gap on my resume was a challenge. But usually, when I got to the interview and told interviewers about the gap, they were understanding and more inquisitive.

Another difficult aspect was seeing all of my friends in mid-level positions while I was back in my entry-level job.

Not only that, for the first couple of years back, I had nothing to really discuss with them. My experiences of witnessing abject poverty and the injustice of child labor were things they could not relate to just as I could not relate to their discussions of pop culture or house renovations.

Many people ask if I would do it again. The answer, without hesitation, is yes. I never regretted my decision.

Those 2+ years were some of the most challenging I’ve faced. I learned more than I anticipated and found joy in unexpected places. I was able to define my place in the world without the normal societal expectations and that alone is a priceless gift.

Within 3 years of coming back after my travels, I was able to complete the professional designation I had previously attempted to study for. For most candidates, it takes 3-4 years, I was able to do it in 2.5 years because I was now able to focus and give 100% of my attention to it.

I found a job that led to my current successful career. I paid off my student debt and bought a condo in my very expensive city.

The 2 year sabbatical from my career did seem like a set back at first. It was financially dumb.

What I learned, though, is that life is long. That adage about it not being a race? It finally made sense.

It isn’t a race of who gets that promotion first or who bought a bigger house first. It really does even out when you are walking your own path.

Want to learn more about her adventures?  Check out: https://sundaybrunchcafe.com/story/

Pauline is a professional money manager at an international financial institution. She has earned the right to use the CFA and CAIA designations. Her passion is in coaching and supporting women in financial literacy and achieving their financial goals.

Stay tuned for the next installment of Financially Dumb, Personally Brilliant!

Did you miss the first installment of the series?

Check it out here:

Income is Replaceable, Health is Not